It’s all about the fun

“Our business started off because we were having fun – and it’s stayed that way. It’s always been the fun first… 30 years and counting!”

Established in 1990, Up The Creek has managed to adapt, grow and refine an authentic, no-nonsense personality while staying true to its original culture. Honouring only South African artists for three decades, Up The Creek has paved a pioneering path in the South African music festival circuit by offering a smaller, more intimate experience. 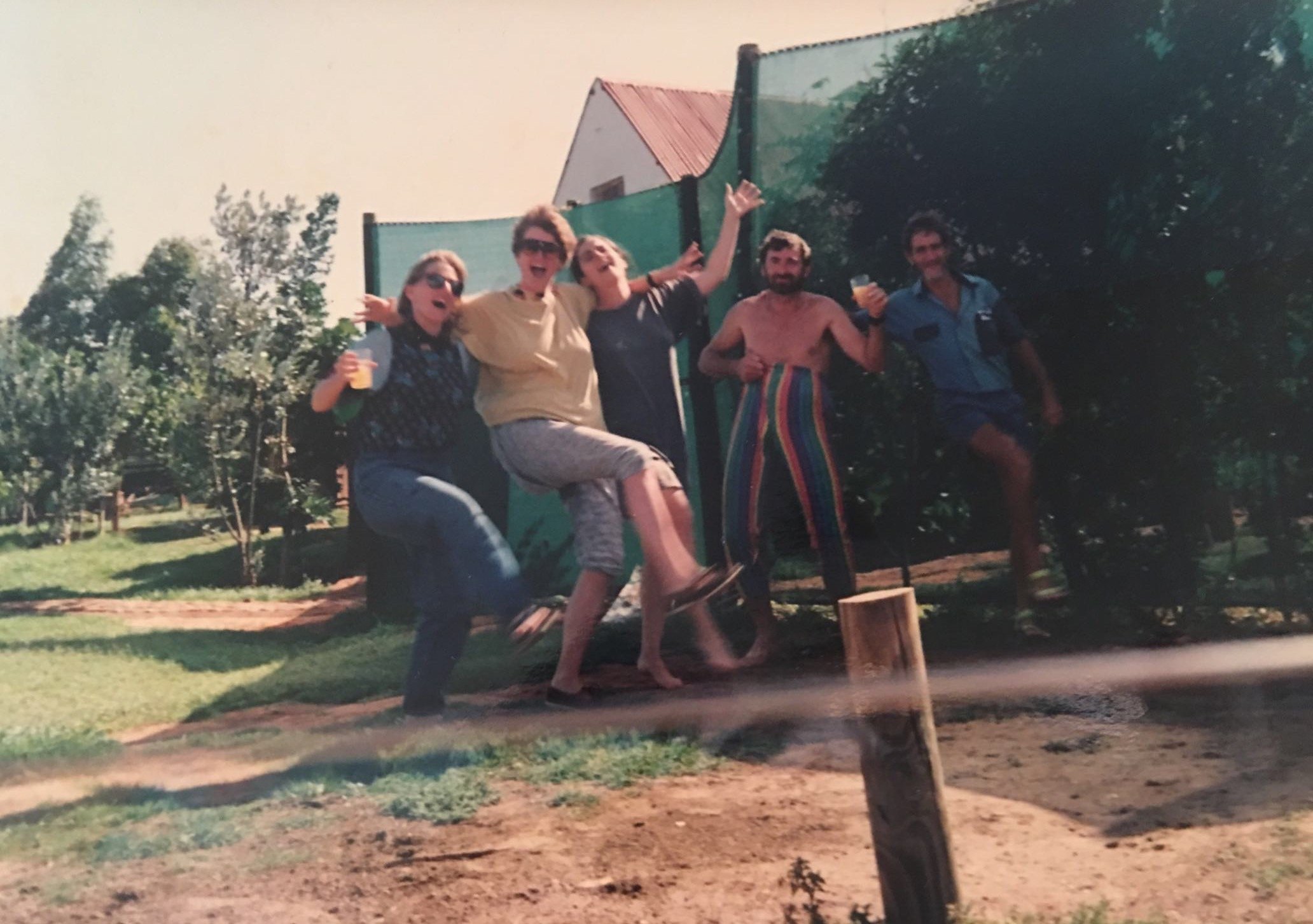 The inaugural Up The Creek, Anthony’s (second from right) 40th birthday party in 1990. Quirky and questionable outfits became his trademark for years to come. 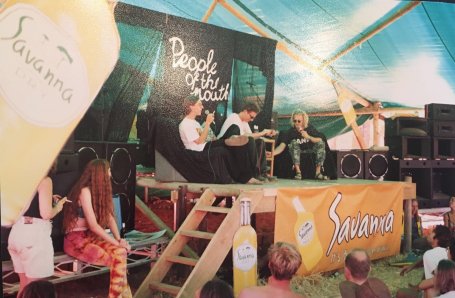 Up The Creek was one of the first music festivals to incorporate comedy. Here (circa 1998) a comedian interviews a young Albert Frost during the People of the Mouth show, the festival’s version of Dali Thambo’s popular TV show, People of the South. 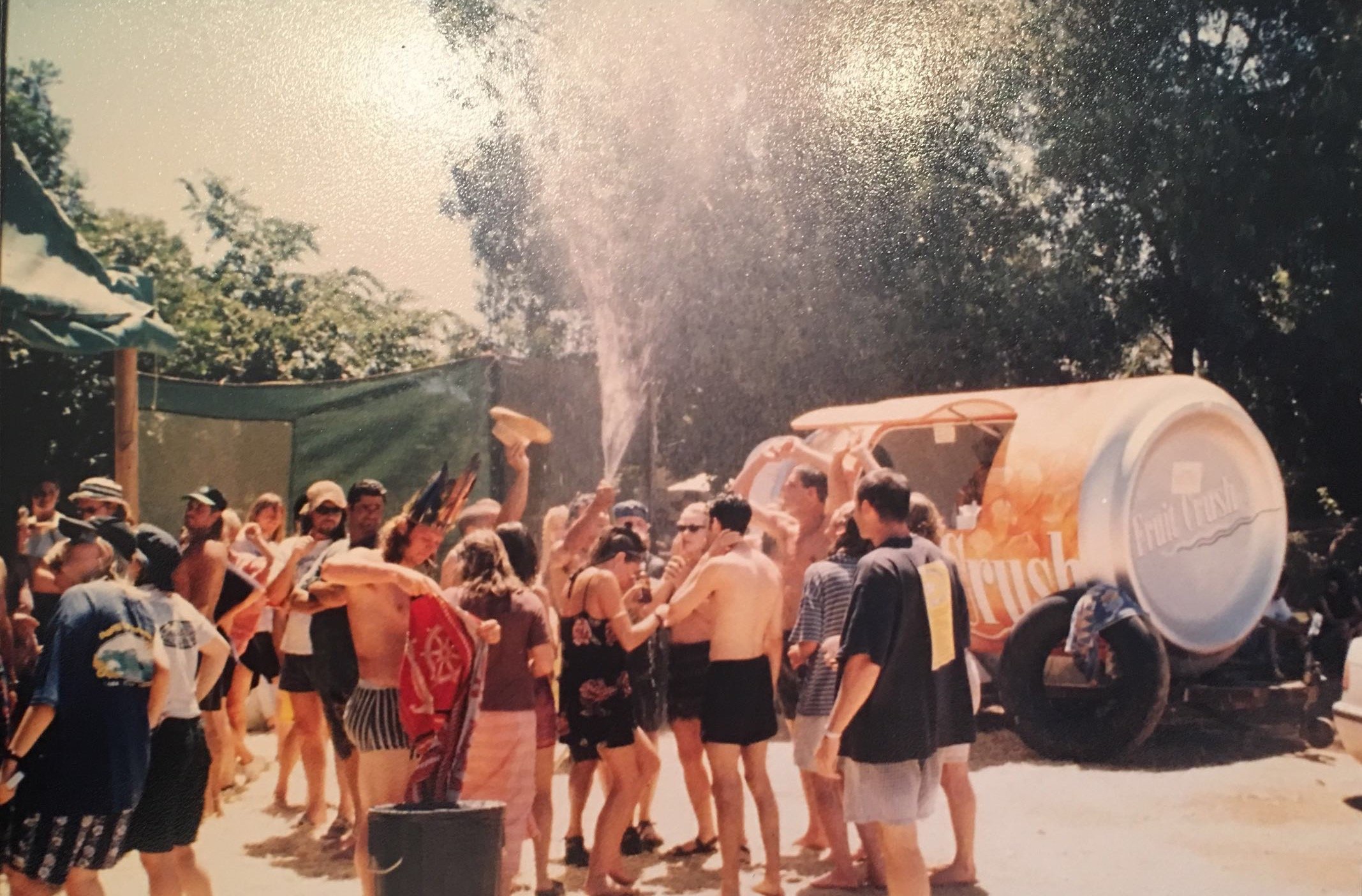 In the early days, all the music happened on the stoep of the farmhouse on the riverbank.

It all started as a birthday party…

“In 1989, Life Magazine did a story on the original Woodstock Music Festival of 1969. The article featured interviews with people who had been there and iconic photos of many of the legends who performed – think Bob Dylan, Janis Joplin, Jimi Hendrix…. My favourite quote from the article came from a festival-goer who was asked what his best memory was. ‘Jimi Hendrix at dawn’ was his reply. This was my inspiration.”

Annie’s partner at the time, Anthony, was turning 40 in 1990. They both shared a deep love for rock ‘n’ roll and owned the Up The Creek camp from which they ran a river rafting adventure business. Annie secretly invited all of Anthony’s friends to attend his surprise birthday party that would be held at the camp. Each guest was asked to contribute R10 towards payment for the three bands (one of which was named The Worst) that Annie arranged to perform at the party.

When 100 guests showed up, Anthony expected a fun weekend of canoeing, spit roasts and having a great time with friends. But when the first band rocked up and asked, “Where can we plug in?”, he sensed that something much bigger was about to happen.

The birthday party turned into three days of unrivalled fun, continuous music and non-stop dancing. The birth of Up The Creek. 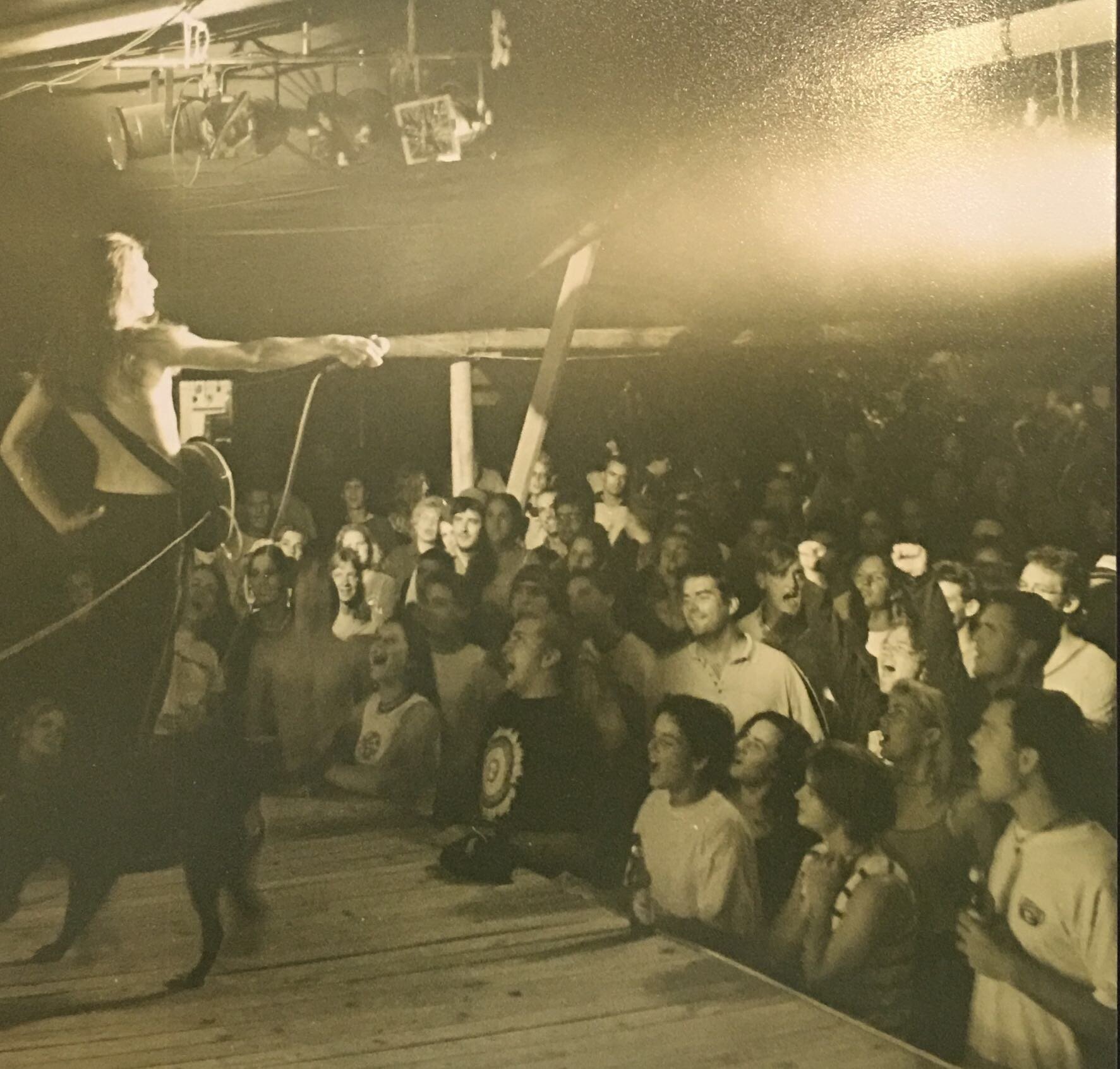 Creekers having a jol at the late night stage, circa 2010. Is that a dog on stage?! 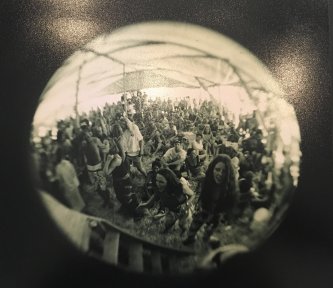 No matter the time of day, Creekers are always up for a boogie.

The Sunday morning shows have always been special. Always stick around if you can 🙂

There is no VIP area at the festival, which means musicians come out to play with their fellow Creekers. Meet your local heroes. Everyone is special at Up The Creek!

From celebrity weddings to surprise riverside opera performances and laughter yoga sessions at sunrise. From live performances on a Pied Piper-like jam van’s rooftop stage, to bikini-clad Creekers taking first prize with a drifting four-poster bed in the Anything That Floats Competition. We’ve seen a lot of weird and wonderful things over the years…

A rich heritage of memorable performances

“In the more than 20 years that I’ve played at the festival, I can say without hesitation that the collaborations of Up The Creek 2011 is one of my favourite memories. I was on stage with the guys from Taxi Violence and Dan Patlansky. Many other artists joined each other on stage spontaneously over the weekend. Some unbelievable music came from those collaborations and it makes it even more amazing that it was a one-time thing. It was not recorded, nor could it be recaptured even if we tried. It was just high flying jamming!”

Our valued Creekers are always at the forefront of redefining the outdoor music festival experience. They live the story of music and the connection to nature. Grab your inflatable croc, orca or swan and head on down to the Breede River. Come join our tribe…